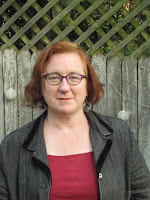 Amanda Hickie has always been interested in ethical questions, at the age of ten annoying her scripture teacher by asking if it was immoral to lie to a murderer. Despite a passion for writing, she studied Computer Science (but quickly recovered) and Cognitive Science.

A change of lifestyle when she and her family moved to Canada resulted in her first novel, AfterZoe. Living down the road from the SARS outbreak also provided the seed for her next novel, An Ordinary Epidemic, released by MidnightSun Publishing in May 2015.

The novel was released in the US and UK under the title Before This Is Over.